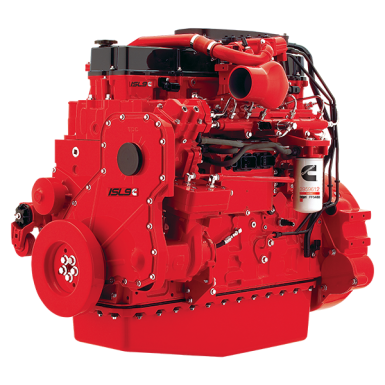 Expect the same high level of performance, reliability and fuel economy with the Cummins ISL9 EPA 2010 engine as you do with today’s ISL.  The ISL9 has one of the highest power-to-weight ratios in its class with heavy-duty features like replaceable wet liners.  It also features the XPI fuel system – the same technology that’s used in the ISX15.  These advances combined with an improved Electronic Control Module (ECM) and improved air flow, allow the ISL9 to run stronger and with greater responsiveness than ever before.   Ratings range from 345-380 hp with a maximum 1300 lb-ft of torque.

How did we make these improvements and still meet stringent 2010 emissions standards?  With a totally integrated system, that’s how.  Everything from the advanced fuel injection technology, improved cooled EGR subsystem and Cummins VGT™ Turbocharger to the proven Cummins Aftertreatment System that includes Selective Catalytic Reduction (SCR) technology has been engineered and manufactured in-house.  The result is a totally integrated system delivering an engine that provides near-zero emissions without compromising performance.